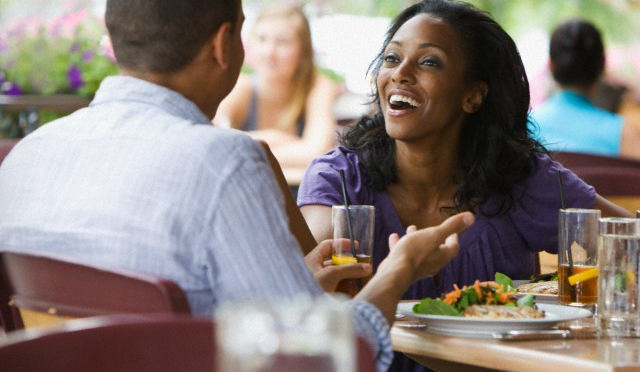 If I compare my views on dating over the past three decades I can truly say that they have shifted tremendously with age and maturity.  I wanted to share some ideals that have changed in my thinking of dating over the years.  These are things that I feel most mature Christian women keep in mind when dating and rules I’ve grown to live by.  Let me know if you agree or have more to add!

1. FOMO is a disease worth preventing:  By this I mean fear of missing out on meeting the man of your dreams! You no longer feel the need to drag yourself to the club every weekend or attend social events when you’d much rather be comfy in bed simply because you’re afraid of missing that chance encounter with Mr. Perfect for you. You are able to rest in the fact that when the time comes for you to meet it will happen no matter where you are, if God wanted to he could bring him right to your door.  It’s just not that serious and your purpose for going out has less to do with meeting a man and more about the personal experience of having a great time.  Besides, most of us have been to the club a gazillion times and have  met Mr. Horrible breath, Mr. Much too pushy and Mr. Stalk you all night but never Mr. Right!

2. Resist emotional attachment:  At least until his representative exits stage left and you’re sure you can deal with his crazy, because let’s face it everyone has a touch.  You may feel the flutter of butterflies in your stomach, your words may get jumbled somewhere between your tongue and lips from nervousness when he’s around but somehow you still manage to remain planted in reality.   Your desire to take it slow, guard your heart and refusal to get caught up in the what if’s is a very intelligent move.  You realize that some relationships are sizzling hot one day and fizzle out the next so you are able to keep your emotions in check and remain observant of his actions and words. Of course after dating someone for a while thoughts of white poufy dresses, last name changes and babies may begin to infiltrate your daydreams but you definitely don’t have your wedding planned after the first few dates.

3. Date around: You get that there’s no need to become attached at the hip to a guy after only a couple of dates.  You have no problem keeping your options open as you find out where his head is and get to know him and you’re okay with him doing the same.  Of course being open and honest about the fact that there is no exclusivity until the time comes to take a more serious step is a necessity.  Granted there are people that get married after a couple of dates and it works out well for them, so if this is where God is leading you then hallelujah you’ve been blessed!

4. Make big life decisions like a boss: Waiting on someone to enter your life before you can start living it only hinders your progress as a person and possibly as a mate.  Going it alone with decisions like purchasing a home or moving to a new city can be scary, but worth it.  Although you may be fearful or nervous making a huge move alone you still do it scared, sometimes shaking in your boots scared!   The thought that you need a significant other to make a big leap in life is in my view a grave misnomer.    I’ve moved more than 1000 miles from home twice and last year took the leap into homeownership.  One of the comments I got from an older woman in my family was that the purchase was too permanent and what about marriage.  This type of thinking is fear based and I refuse to live my reality based on someone else’s and while I’ve learned a few things that I dislike (mowing the lawn being primary) I truly enjoy my humble abode.  I would encourage anyone that has the funds, desire and plans to make a giant life altering leap to go ahead and jump you will most likely soar and flying solo is actually pretty empowering.

5. Know when to opt out of dating drama:  While dating is fine, you realize that you don’t have to go out with someone simply because they ask or throw some affection your way.  While a man findeth a wife, the woman decideth to deny or accept his advances. Some times you just need a break from the entire scene or men in general and decide to take a much needed respite from dating.  Although slightly forced due to a break up, I recently gave up dating for months and grew tremendously from doing so.  I highly recommend it for anyone that has recently parted ways with a significant other or would like to make some beneficial life or character changes without the pressure of dating.

6.  You never have to prove yourself:  I can recall the countless times that I’ve met a man and before asking me about my spiritual beliefs, my background or goals he bee lines straight for what is apparently the most significant question of them all, ‘can you cook’ usually followed by ‘what you gone cook for me’.  As if being able to throw down in the kitchen automatically turned you into suzie homemaker.  The old adage tells us that a way to a man’s heart is through his stomach, and many times a man will want you to prove that you are ‘wifey material’ prior to moving into a more serious status.  As I’ve matured in my dating style I don’t have the desire to prove much to any man and the answer that goes through my head when asked if I can cook is, yes I can cook, but why would I cook for you?  Mature women know that proving you can whip up a quick meal in a pinch or are good with money, kids etc is reserved for the man that is worthy of receiving those gifts not some random that may not be around after the third date.

7. Always remain focused:  Many times our purpose for dating is marriage as Christians, I include myself in that category as well.  I no longer date for the fun of simply going out because I don’t have the time to waste on men who aren’t marriage material.  Even if marriage isn’t your end goal, as you grow more mature you come to know what you want out of dating.  You know that time is valuable and tremendously more precious than a free meal, so you opt out of possibly unequally yoked partnerships to focus on more important things.

8. Dating does not mean sex:  As a Christian woman I have been walking the road of abstinence since my last relationship.  It’s pretty easy to do while not dating, but I know it may become a bit more difficult when I enter into another serious relationship as the temptations will surely come.  But I also know that I don’t desire to move too fast with anyone and that goes for any physical contact including hugging and kissing.  The world sells us a view of dating that goes hand in hand with sex, as Christians living for a God that calls fornication a sin, we don’t buy the hype.  I know for me l almost instantly grow more attached to the person after sex and in an effort to guard my heart chose to reserve my body for the man I marry.