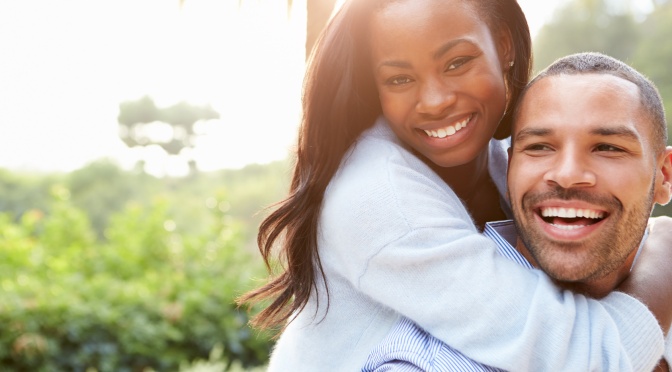 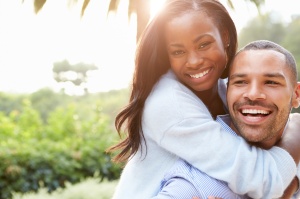 I go to a singles bible study every now and then and an acquaintance, let’s call him Franco, started attending as a result of me telling him how much I enjoy the studies.  One day Franco informed me that he didn’t really need singles bible study because he already knew who he was going to marry and after a couple of minutes of going back and forth he revealed that his wife to be was me.  Now, I’m not the type of woman who buys something most people are selling especially if it doesn’t add up.  In this case, we had known each other for about a year, weren’t dating and I had made it known we most likely would go no further than a friendship.  Since I tend to question everything, this was no different and I asked him what about me made him think I was the one?  His answer immediately turned on my ‘game running alarms’ as he informed me that I was the proud owner of the three B’s: beauty, brains and booty to which I promptly chuckled while mentally incorporating a forth ‘B’, the boot!   If a man is unable to tell me why he wants to be with me or has trouble pulling out a couple of specific character qualities that make me special to him it’s an issue.  If he can’t do these things in my view he isn’t paying attention or truly invested in me as a person enough to get to know my core, especially if he claims to love me or would discuss something as serious as marriage.  This scenario made me give much thought to some of the qualities a mate should be able to recognize, appreciate and honor within your relationship beside your beauty and booty!

Your value: Regardless of whether you’re dating, courting, engaged or married your significant other should be able to clearly recognize the value that you bring to his life.  Throughout proverbs, wisdom is characterized as a female and in Proverbs 31 we see what makes up an excellent woman or wife.  In the bible it states that a man who seeks wisdom will be blessed, just as a man who finds a wife is blessed.  It also states that wise words and wisdom are more valuable than rubies, just as a woman of noble character is more precious than rubies.  I say this to make the comparison to the value of wisdom and that of a noble wife.  The word wisdom appears in the bible over 200 times and we are told in Proverbs 4 that obtaining wisdom is a principal thing; And although the bible is speaking of wisdom, verses 6-9 could seriously read as a guide-book for having a very happy wife and hence life.  If there are so many similarities between the attainment of wisdom with all its importance and that of the rare and noble wife then it is fair to say that you are quite valuable in God’s eyes and should be in your significant other’s as well.  In 1 Peter 3:7 husbands are told to live with your wives in an understanding way, showing honor to the woman as the weaker vessel, since they are heirs with you of the grace of life, so that your prayers may not be hindered.   If a man does not show understanding and honor to his wife his prayers could be hindered.  Meaning the way a man treat’s his wife is directly correlated to the way God treat’s his prayers!   That’s just how serious God is about the treatment of his daughters by their husbands and truly shows the value of a virtuous woman.

Your Irreplaceableness:  In the middle of an argument, I had an ex-boyfriend tell me that he could go out tomorrow and find another  ‘good girl’ just like me.  Aside from the fact that he called me a girl, the comment made me cringe because I felt like after all the time of us dating my worth to him boiled down to the fact that I had a steady job, was smart and pretty.  Like he could just go to the girlfriend store and tell the manager ‘this one didn’t fit I need another one of the same model’.  His statement didn’t encompass any of the attributes that made me who I was internally, it didn’t entertain the uniqueness of my laugh, my penchant for singing loudly off-key in the shower or my quirky sense of humor, it only focused on the external which in essence could actually be easily replaced.  Thank God for instilling me with enough confidence to know that although he may find someone else quickly, there was no way on God’s green earth he would run across another me.  If you look at the beginning of Proverbs 31:10, it begins with a question, ‘Who can find a virtuous woman?’  Since it’s in question form I immediately think that maybe this virtuous woman isn’t so easily found and while there are many, many women in the world to choose from, this particular woman is actually quite rare.  We all have qualities that make us irreplaceable to that special someone and if we model ourselves after virtuous women in the bible we become the one in a million that God so highly speaks of.  If your significant other is unable to see how irreplaceable you are maybe you need to take a trip to the boyfriend store and get an upgrade!

Your equality: Granted, men and women have very different roles within the boundaries of marriage, the fact that the wife chooses to submit to her husband as the head in marriage does not make her input, opinions or suggestions any less valuable or her role any less important.  In the bible it states that women are the weaker vessels, but it also states that the men are to honor her as a result of it.  Women are afforded the same salvation, grace, forgiveness and love promised to men.  Galatians 3:28 puts it this way: There is neither Jew nor Greek, there is neither slave nor free, there is no male and female, for you are all one in Christ Jesus.

Your intelligence:  I suppose one out of three isn’t bad in Franco’s defense as brains was one of his three B’s, but a man should love your brain long before he’s made love to your body.   Dating without fornication is a great time to get to know someone without the would be distractions of physical sex.  I regret the fact that I delved into sexual relationships with boyfriends in the past because it got in the way of us getting to truly know each other at times.  Hopefully, your mate enjoys having conversations with you, hearing your points of view and heeding your advice if it be wise.  Speaking from experience, if you have a long-term mate that is constantly dismissive of your views or rarely seeks your advice on pertinent issues in his life you may have a long, hard road a head, especially if you decide to marry him.  In Proverbs 31 we see that the virtuous woman speaks with wisdom, she is hard-working and doesn’t worry during seasons of winter because she was smart enough to prepare ahead of time.  I can bet she was one of her husbands main confidants and counselors as it tells us that his heart safely trusted in her.  So release your inner nerd and let your geek flag fly, the man meant for you will only love you all the more for it!

Your God: A man who knows you, should be able to see the God in you through your daily interactions together and optimally, in turn, will encourage growth in your relationship with God.  It could become extremely problematic if you set your standards as a child of God and he continually attempts to cross those boundaries.   If he constantly tries to get you into bed, take things further than you would like, speaks to you in a mean, harsh or vulgar way, disrespects you or treats you anything less than a lady he definitely doesn’t recognize or at the most respect the God within you.

7 thoughts on “Five things a man should see in you, besides your beauty”