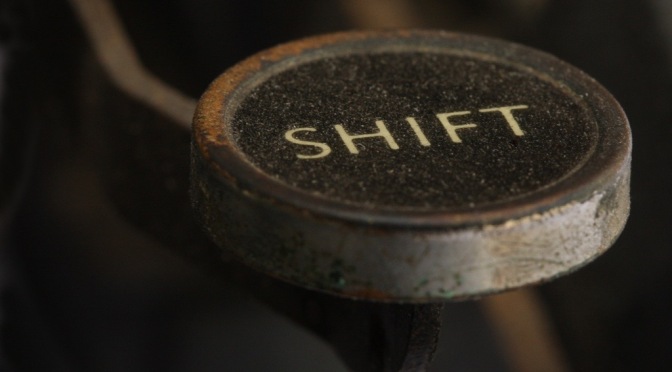 I have a beautiful wardrobe if I do say so myself and I collect shoes as if I’m gearing up to open a mini Macy’s.  But after taking inventory of my internal status I’ve noticed that over the years I’ve collected some pretty ugly qualities.  I’ve added some bad habits, stored a bunch of negativity, indulged in a little moodiness, picked up some double mindedness and threw in a bit of emotional instability just for good measure.  In other words my heart isn’t always so pretty.  Now, I’m always roughest on myself and I have taken tremendous strides in my walk with Christ but I still have a looooong way to go.  I can quickly throw the fruits of the spirit out the window and revert to my former ways of pessimism, not speaking in love or sinning in anger at the drop of a hat if things don’t go my way.

Today I had lunch with two girlfriends, one is recently engaged and the other has been married for years and they have just decided to enlarge their family.  As we updated each other on life events, marriage, babies, trips etc it came around to me.  I eagerly discussed some of the exciting things occurring in my life that I’m extremely grateful for including a new home.  I was genuinely happy for them but once I got home I began to reflect on where my life was headed and wondered if I would ever have something as monumental as an engagement to the man God had for me or the arrival of my first child to divulge.  Quickly God answered,  He asked me why I thought He should bring my husband right now when I’m a mess inside?  I realize no one is perfect and after marriage and motherhood some flaws remain, but I could work on preparing  myself a lot more than I have been.  Yes, I have a house, but my finances are shot because of poor credit card choices in the past, I’ve held on to soul ties from previous relationships, my emotions can be all over the place and in times of anger I allow them to lead me instead of the Holy Spirit.  I also get easily irritated by small things like slow drivers or my dog’s barking and I throw spiritual temper tantrums when I don’t get my way.  I’m still eating that mushy baby food and sometimes God has to revert to milk with me.  I wonder if the angels look down on me shaking their heads wondering if I’ll ever learn and just how many times do I want to make my way around this same old mountain!

If you are eager to have a significant other, a child or some other life altering event, have you checked yourself lately?  Would God ask you why He should oblige when you aren’t ready to receive the blessing?  I guess, if I look at it from Gods’ point of view I am a little happy that He hasn’t given me my way because I would definitely ruin a great thing.  One of the women in my small groups bible study was speaking on the talk she had with God about a month prior to meeting her husband.  She asked God for one of His son’s and God told her she had to be His daughter first.  Meaning, she would have to forgo focusing on a man and focus on The Man, Jesus! Shifting your entire focus isn’t easy to do when people around you are getting married or popping out babies like candy dispensers while you sit alone watching your biological clock speedily tick, tick, tick away.  It’s difficult, especially when the world, from your doctor to strangers on the street (yes this has happened to me) are constantly attempting to instill the fear of perpetual singleness into you.   I consistently pray for freedom from people bondage because honestly there are so many other things to focus on, the main one being God’s will.  I’ve given up trying to shift my focus on my own because it doesn’t work and have since started praying that God changes my thoughts and keeps my hand’s off the wheel.  After all, He is the one with the directions! Be blessed & live purposeFULLy Court